Every year, thousands of Americans come under attack because of their race, ethnicity, national origin, sexual orientation, gender, religion, or a disability.

Armed with a mission to protect, defend, uphold, and enforce the criminal laws of Florida in Miami-Dade County (Florida’s 11th Judicial Circuit), the Miami-Dade State Attorney’s Office (Miami SAO) operates the Hate Crimes Unit (HCU) to ensure that all residents get the equal protection and access to the Smart Justice they deserve. Empowered by Florida Statute 775.085, HCU staffs ten (10) Assistant State Attorneys (ASAs) who investigate and prosecute crimes that are alleged to have occurred because of the defendant’s prejudice.

Florida’s Hate Crime statute upgrades the offense level and punishment of a crime when prosecutors can prove that the offender committed the crime because of the victim’s race, color, ancestry, ethnicity, religion, sexual orientation, national origin, homeless status, or advanced age.

Report Hate Crimes on Our Hotline 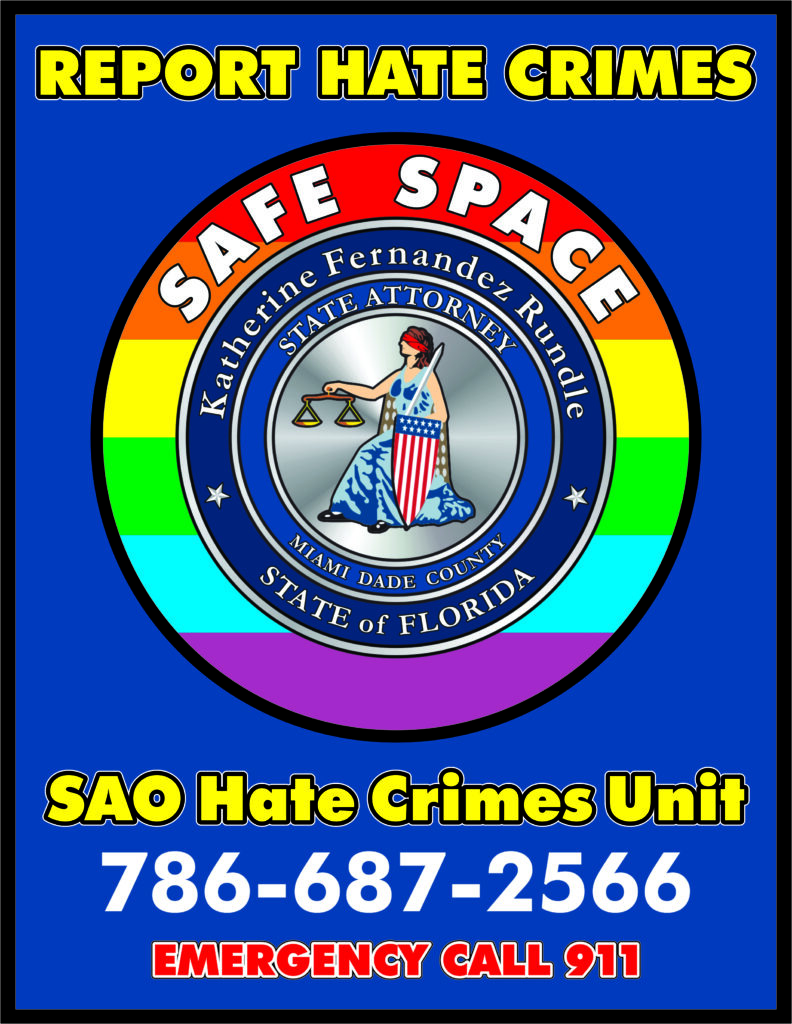 Our office recently launched a Hate Crimes Unit Hotline to ensure that all Miami-Dade County residents and visitors receive the equal protection they deserve through Smart Justice. We encourage everyone who is aware of a potential hate crime to take advantage of the SAO Hate Crimes Hotline by calling (786) 687-2566.

Working to Create a Safe Miami-Dade for All