"A well-functioning democracy depends on its citizens having the right and opportunity to vote." 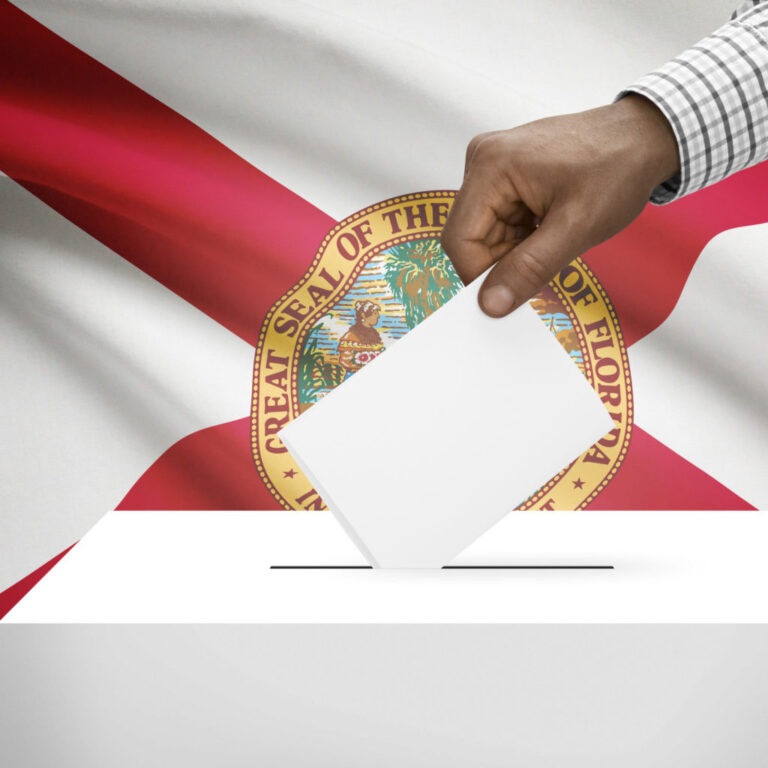 Florida was one of only four states that prevented convicted felons from voting. That changed in November 2018 when over five million Floridians voted in favor Amendment 4 to our state constitution. The Amendment restored the voting rights of certain eligible convicted felons who completed their sentences.

Prior to Amendment 4’s passage, a Miami-Dade Grand Jury investigated the potential effects of the Amendment. As the Grand Jury found, research demonstrates that returning citizens whose civil rights are restored reoffend at a lower rate than those whose rights are not restored. Thus, there are public safety benefits to reintegrating these individuals into society, rather than ostracizing them. Simply stated, restoring their voting rights has the potential to make communities safer, save tax dollars, and allow more citizens’ voices to be heard.

In January of this year, we modified our plan after the Florida Supreme Court issued an advisory opinion clarifying some terms, but our commitment to fulfilling the public mandate continues to guide us. As the case proceeds through the Federal Court system, we continue to use F.S. 98.0751 to assists those individuals who are indigent toward the completion of their sentence.

State Attorney Fernandez Rundle has always believed that a citizen’s right to vote is the foundation upon which our democracy rests. The passage of Amendment 4 reflected the will of the 5.6 million people who voted in favor of it and opened a door allowing 1.4 million Floridians a chance to contribute to their community. Now is the time to take advantage of that opportunity.

Thus far, we have reviewed over 100 motions, and numerous individuals have been given a court order finding them indigent and having completed their sentence.

For more information on this process and the necessary forms to file in Court, please visit miamisao.com/amendment4.

Amendment 4 to the Florida Constitution, passed by public referendum in 2018, restores
the voting rights of most convicted felons who have completed their sentence.

How was the Amendment implemented?

On July 1, 2019, an Amendment 4 implementation law was codified as Florida Statutes
Section 98.0751 – Restoration of voting rights; termination of ineligibility subsequent to a
felony conviction.

What is a “conviction” for restoration of voting rights purposes?

A person is convicted of a felony if they are “adjudicated guilty”. In other words, a
“withhold of adjudication” is not a conviction.

Under the new law, whose voting rights may be restored?

Florida Statutes Section 98.0751(1) provides that the voting rights of felons who were not
convicted of murder or a felony sexual offense as defined in Florida Statutes Section
98.0751(2)(b)-(c) may be restored “upon the completion of all terms of his or her sentence,
including parole or probation.” You must be a U.S. Citizen to vote.

What does “murder” mean for restoration of voting rights purposes?

“Murder” involves the killing of another person as defined in Florida Statutes Sections
775.33(4), 782.04(1), (2), or (3), and 782.09 or any similar offense committed in another
state. This includes felony murder but excludes attempted murder or manslaughter.

What does “felony sexual offense” mean for purposes of restoration of voting rights?

How can I determine the terms of my sentence and whether I have any outstanding financial obligations?

The Clerk of the Court maintains all records for criminal convictions. You may determine
your sentence and confirm any outstanding financial obligations by inquiring of the Clerk
of Courts via email at criminal@miamidade.gov and/or by visiting the Clerk of Court’s
office and obtaining a copy of your sentencing document from them. Note that you may
only obtain certified copies of your documents by appearing in person.

What do I need to do if I have completed all terms of my sentence and fulfilled all my financial obligations?

If you have completed your sentence and fulfilled all of your financial obligations, you
may register to vote through the Department of Elections.

What if I have not paid restitution?

A restitution obligation cannot be waived. In order to register to vote more quickly, you must pay restitution.

If you cannot afford to pay the restitution, you will need to file a motion to modify your sentence, along with an affidavit of indigency, and request a hearing.

You may find a standard motion and affidavit here.

What if I have completed my sentence, but owe fines, fees, and/or costs?

In order to register to vote more quickly, you should pay your financial obligations.

If you cannot afford to pay your financial obligations, you will need to file a motion to modify your sentence, along with an affidavit of indigency, and request a hearing.

You may find a standard motion and affidavit here.

What if I have convictions in other jurisdictions?

The counties only have jurisdiction over their own cases.

Therefore, if you need the court’s assistance, you’ll need to seek relief in each county where you’ve been convicted of a felony.