Law enforcement officers have arrested three people accused of running a scam to sell at least one vacant lot they didn’t own.

Throughout the spring, NBC 6 Investigators reported on a series of fraudulent real-estate postings that tried to sell properties out from under elderly people in Black communities.

Multiple law enforcement agencies, including the Miami-Dade State Attorney’s Office of Katherine Fernandez Rundle and the City of Miami Police Department, investigated a case in Coconut Grove which led to the arrests.

Miami police received more than 50 similar complaints since the beginning of 2020.

The case stems from the fraudulent sale of a vacant lot owned by Shirley Gibson in Coconut Grove. The Economic Crimes Unit within the Miami Police Department began an investigation. Law enforcement saw an increase of these scams during the pandemic as many real-estate deals came together online or remotely.

They will discuss “efforts to attack the problem of elder exploitation.”

“From the moment we contacted the City of Miami police, we felt that they were on top of it. I want to thank all the law enforcement departments involved,” Gibson’s attorney, David Winker, wrote of the arrests, specifically thanking Miami police, State Attorney Katherine Fernandez Rundle and Assistant State Attorney Brenda Mezick, who specialized in cybercrimes.

“I’ve never spent so much time with law enforcement — they were in my home and in my office — and it was wonderful to see their work ethic and skill,” wrote Winker.

Gibson, 88, told NBC 6 earlier this spring that her plan was to pass down the lot to her niece and nephew, but someone forged her signature and sold the property without her knowledge.

She discovered it when she went to pay taxes on the lot and was told by county staff she did not have to pay because they were already paid by the new owner, Ollie Development LLC out of New York for $230,000. Gibson was never paid and contacted a lawyer.

“For me, it’s been disturbing,” Gibson told NBC 6 at the time. “I’m just distraught over all of this.”

The deed appeared to be signed by notary Mohamed Chraibi, who told NBC 6 he is also a victim of identity theft and is cooperating with Miami PD detectives. Chraibi said his signature on the deed is a forgery along with an incorrect notary stamp.

“I have never notarized any documents for her (Gibson) nor do I know her or have met her,” Chraibi wrote to NBC 6 at the time.

The company’s president, Gary Bodzin, told NBC 6 since the pandemic began, title companies have had to rely on “signing documents with an outside notary and ship them,” adding “criminals have apparently taken advantage of this.”

In a statement, Bodzin wrote at the time, “Legally speaking, if an imposter signs a deed, the deed is void, and the owner still owns the property. If this is what happened, it would be a theft of money from the buyer, not a theft of the property from the owner.”

A season of scams

NBC 6 Investigators began reporting on these specific crimes when a scammer tried to sell a Miami lot out from under Alfred Thomas. Miami Police Assistant Chief Armando Aguilar told us they had received more than 50 similar complaints along with Thomas’ case.

Gibson said she found another lot that was listed on Zillow fraudulently. Her attorney sent a demand letter to Zillow, and the website has since removed the lot posting.

Zillow told NBC 6 they immediately remove properties when they find out they were posted fraudulently. A spokesperson said, like other online real estate platforms, the company gets its information from the MLS real estate database.

“Ms. Gibson can now rest easy that the land that her grandfather William W. Gibson acquired in 1904 can stay in her family. Today’s arrests send a message to those that are targeting our vulnerable elderly population — you are not going to get away with it,” said Winker. 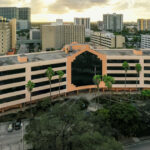 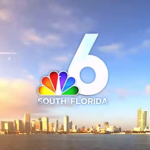