The 54-year-old Nuñez, Hialeah resident, was charged in the January 4, 2020
hit and run death of Tracy Berry which occurred in Miami Spring.

“I want to thank the U.S. Marshals Service Florida Caribbean Regional Fugitive Task Force, U.S. Department of Justice, the Government of Panama, Miami Springs and Miami-Dade Police Departments, and my Legal/Extradition Unit for all of their dedication in bringing Eddy Enrique Nuñez back to Miami to face justice,” commented State Attorney Katherine Fernandez Rundle. “The amount of investigative and legal work required to locate and capture an international fugitive is extraordinary, yet deeply appreciated by all those who are victimized by crime. My Legal/Extradition Unit works tirelessly with our federal criminal justice partners to ensure that there are no geographical boundaries to justice.”

The 54-year-old Nuñez, a Hialeah resident, was charged in the January 4, 2020 hit and run death of Tracy Berry which occurred in Miami Springs. After being involved in a three-car accident, Nuñez attempted to leave the scene and became involved in yet another vehicle crash a few blocks away. Attempting to leave the scene of the second crash, Nuñez lost control of his car and ran over pedestrian Tracy Berry, dragging her under his car for several blocks until she died. CCTV systems from nearby businesses captured the entire sequence of events which led to the identification of Eddy Enrique Nuñez and subsequent Arrest Warrant being issued. After the incident, Nuñez fled the United States to Panama.

Since this tragic incident, the Miami-Dade State Attorney’s Office and the Miami Springs Police Department have been working with the Federal Government to facilitate Nuñez’ capture and extradition to Miami. 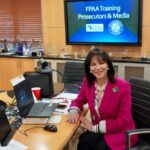 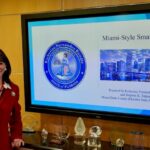