Click here for the PDF version of this press release.

The eight (8) victims in the present set of charges, ranging in ages from 71 to 88 years of age, allegedly suffered financial losses of over $480,000 as a result of this “Grandparents Scam”. In this specific set of cases, Alvaro Esteban Jaramillo Fajardo allegedly operated as the facilitator of the cash withdrawals from his associates’ bank accounts which effectively
laundered the stolen money. Jaramillo allegedly paid the account holders approximately $2,000.00 for each incident involving their participation.
It is alleged that Jaramillo often solicited these individuals through social media, additionally offering a finder’s fee for obtaining new usable bank accounts to receive the illicit funds and bragging that none of the account holders had gotten into any trouble due to these activities.

Alvaro Esteban Jaramillo Fajardo is being charged with:

“I want to thank our Aventura Police Detective Bureau and the Miami Dade State Attorney’s Office for their exceptional work,” said Aventura Police Chief Bryan Pegues. “It is especially tragic for law enforcement professionals to see seniors in our community victimized out of their life savings by individuals without any conscience. I am so proud of our dedicated investigators who spent almost 6 months dismantling this network of criminals who caused so much anguish to so many victims.” 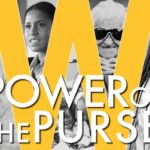 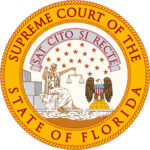