“The Pata family has waited a long time to see the individual they had believed involved in Bryan’s death arrested and charged,” said State Attorney Katherine Fernandez Rundle. “While the time needed to build sufficient evidence to ethically charge in a homicide can sometimes feel endless, families should know that the passion and determination of police and prosecutors to resolve unsolved cases does not diminish. The commitment of the Miami-Dade Police Department and of my prosecutors and staff to bring the alleged perpetrators to justice never diminishes.”

Bryan Pata was an outstanding defensive lineman for the University of Miami football team and was expected to be an early selection in the 2007 National Football League Draft. Through numerous interviews, police learned that Pata allegedly had previous on-going issues with football teammate Jones. Pata was much larger physically than Jones and it was learned that allegedly Pata had previously beaten Jones during a physical altercation. Additionally, about two months prior to the homicide, Pata had told his brother Edwin that Jones had allegedly threatened to shoot him in the head. Despite Edwin’s plea that Pata immediately report the incident to then Head Football Coach Larry Coker, Pata did not make such a report.
During the investigation, it was learned that Jones made threats to other individuals, often with the alleged use of a small caliber firearm described as a .22 or .38 caliber weapon.

After the homicide, police investigators interviewed Jones on two separate occasions. During both interviews, Jones told investigators that on the night of Pata’s death, he was at his residence (7378 SW 80 Street, Miami, Florida) and had never left. However, investigators obtained data records for Jones’ cellular telephone which revealed that on November 7, 2006, at 6:41 p.m., Jones’ cellular telephone was allegedly utilizing a tower located at 7200 SW 87 Avenue, Miami, Florida. Pata’s homicide occurred at approximately 7:00 p.m. The distance from the location of the cell site to the homicide is 2.2 miles or 7 minutes away. Additionally, at 7:40 p.m., Jones’ cellular telephone was allegedly utilizing a cellular tower located at 6781
SW 72 Street, Miami, Florida. A coincidental eyewitness in the area at the time of the shooting allegedly identified the suspect in a photo lineup.

Jones was arrested in Lake County and is awaiting transfer to Miami-Dade County.

“The very concept of a young teenage girl being sexually trafficked in our community is a parent’s worst nightmare,” said State Attorney Katherine Fernandez Rundle. “A young girl’s innocence and childhood are quickly stripped away by an alleged trafficker’s desire for fast, easy cash. Rescuing these victims and removing traffickers from our community are, and will always be, the main goals of my Human Trafficking Task Force. These dedicated police officers and investigators deserve a community-wide thanks.”

These charges arose from an investigation of a shooting incident earlier in 2021 in which a 15 -year-old female had initially been thought involved. As the investigation progressed, it was discovered that the young girl had allegedly been living with Jasmin in his residence since the age of 14 and had allegedly been transported to New York by Jasmin for the purpose of sex trafficking at the age of 13. The victim provided access to her cell phone which allegedly contained videos of the victim having sex with Jasmin. Additional videos were allegedly found on Jasmin’s phone after he granted permission to access. According to the victim, Jasmin allegedly uploaded similar sex videos to a pay-to-view website, “OnlyFans”.

In addition to instances of alleged force sexual activity, Jasmin allegedly had his street identity “SnowKidd$” tattooed on the girl’s chest. Presently, Jasmin is being held without bond.

Miami (August 13, 2021) – Miami-Dade State Attorney Katherine Fernandez Rundle, City of Miami Police Chief Art Acevedo and City of Hialeah Police Chief Sergio Velazquez announce the arrest of two individuals for their independent involvement in the alleged procuring and facilitating of prostitution services in the City of Miami and in the City of Hialeah. In both cases, information and police assistance supplied to the MiamiDade State Attorney’s Office Human Trafficking Task Force proved pivotal in the arrests of 32-year-old Aleksandra S. Soboleva A/K/A Karina and 31-year-old Brian Rodriguez. “Sadly, there are still individuals in our community who feel that forcing young women into prostitution is an acceptable way to make a living,” said State Attorney Katherine Fernandez Rundle. “Such activity demeans the women involved, reducing their humanity to the level of walking cash machines. Rescuing these victims is the goal of the Miami-Dade State Attorney’s Office Human Trafficking Task Force.” In the City of Miami case, Aleksandra S. Soboleva has been charged with:

Soboleva’s charges arise from a City of Miami police operation at a massage parlor located at 4315 NW 7th Street, Suite #37B in Miami. An undercover police officer posing as a massage parlor customer was greeted by 4 women between the ages of 24 and 32 as he entered the location. Upon allegedly being asked “which girl do you like?”, the pricing for a body massage with a sexual ending was allegedly explained. Allegedly it was further explained that additional female involvement would increase the cost. After an arrest was made, the women provided consistent information that they were allegedly working for a female known to them as “Karina” (later identified as Aleksandra S. Soboleva). They also indicated that Karina was allegedly the sole owner and person who ran the business from a website. They also stated that Karina would allegedly come to collect the money they deposited in a safe that was kept for that specific purpose on the premises. The women indicated that Ms. Soboleva communicated by texting them via cell phone about their upcoming customer dates. Authorized review of cell phone and text information allegedly verified the provided information.

“Combatting the scourge of human trafficking is a priority for Miami Mayor Francis Suarez, our City of Miami Commissioners, and the men and women of the Miami Police Department. We are proud of our work and thankful for our partnership with our Human Trafficking Task Force partners and the work of State Attorney Katherine Fernandez Rundle and her staff,” said City of Miami Police Chief Art Acevedo. In the City of Hialeah case, Brian Rodriguez has been charged with:

Rodriguez’ charges arise from an August 11th notification by Hialeah Police Department to the Miami-Dade State Attorney’s Office Human Trafficking Task Force of a possible human trafficking situation. A woman had a street-side verbal altercation with her boyfriend, Brian Rodriguez, that resulted in a police presence. She then told the police that she was allegedly being forced by the boyfriend to prostitute herself. The woman further alleged that Rodriguez maintained total control of her by feeding her drugs and utilizing physical threats to have her perform paid sex acts with clients. The victim voluntarily provided her cell phone which had detailed messages of her being prostituted.

The victim told Human Trafficking Task Force investigators that approximately 2 days earlier, Rodriguez became upset with her after she said she did not want to prostitute herself because she was tired. Allegedly, Rodriguez became angry and violent, punching and kicking her in the legs and arms. During the alleged violence, Rodriguez told her that he would not hit her in the face because she had to work for him. The woman told Task Force investigators that Rodriguez had also stabbed her with a fork on her left hand, causing a scar. Additional injuries were observed and were consistent with her statement.

Click here for the PDF version of this advisory.

Miami, Florida (August 2) –  Press conference at the Office of the State Attorney to announce the filing of criminal charges as the result of the investigation into the July 26th Royal Palm Hotel incident. 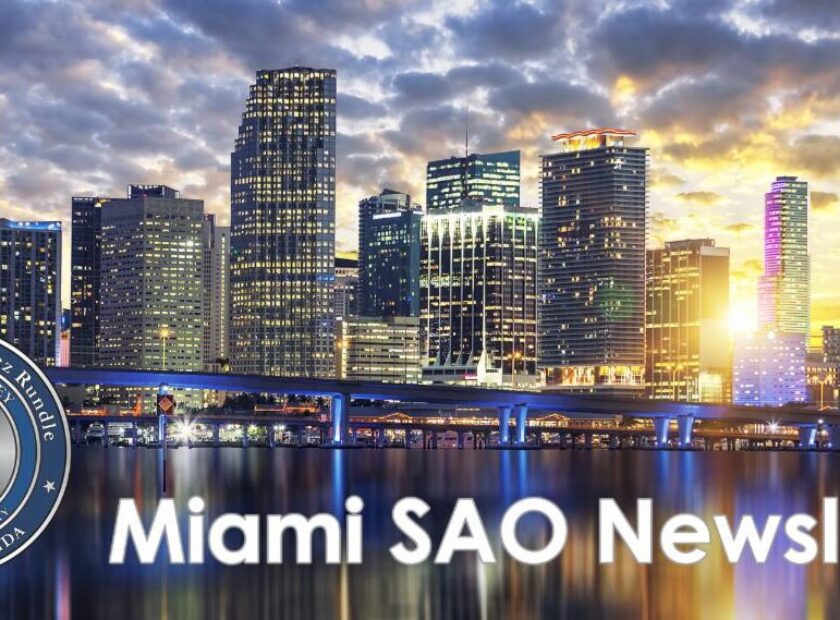 A Message from the State Attorney

Click to read newsletter
Dear Friend,
A summer that began with plans of getting back to normal has been disrupted by heartbreaking challenges that have reaffirmed our strong and united community cannot just withstand, but will thrive, in the most difficult times.
During a month punctuated by the horrific assassination of Haitian President Jovenel Moise and the violent repression of the Cuban people demanding basic human rights and freedom, the unprecedented and unimaginable collapse of Champlain Towers South Condominium caused us all to recognize the unpredictable complicated world we live in.
Almost 100 people lost their lives as a result of the collapse, devastating our entire community, and thousands of other condominium dwellers question how safe they are in their own homes. Over 1,000 first responders from South Florida, across the United States, Israel and Mexico, worked around the clock to rescue or recover everyone. They did everything humanly possible despite dealing with fire, smoke, rain and the threat of a hurricane/tropical storm. The bravery and heroism of these men and women were inspiring, but so too was our community’s response.
Individual volunteers, non-profits, religious groups, government agencies and businesses rushed out to feed, clothe and otherwise support those who lost friends, family, and/or their homes. Seven of our SAO Victim Specialists tirelessly assisted in the efforts at the site, 24/7 for several weeks, with some spending the night at the Victim Center in Surfside, including one of my Chief Assistant State Attorneys. Several of my other lawyers and Senior Trial Counsel also provided invaluable legal support, where appropriate, to the Miami-Dade Mayor and Police Department.
As your State Attorney, I wanted to not only provide the victims and survivors with the resources they needed to cope with their loss, but I also wanted to ensure that everything possible was being done to learn how and why the collapse occurred so we could prevent a future similar tragedy. To that end, I spoke with President Biden, Congresswoman Wasserman Schultz, Senators Rubio and Scott and Governor DeSantis, and asked them to have the National Institute of Standards and Technology (NIST) take the lead in the scientific portion of this investigation. NIST is the Federal agency responsible for ensuring the quality and safety of our nation’s buildings and supporting the development of building codes and standards.
I am pleased to say that NIST is actively working to answer our collective questions. Their mission is to focus on the facts, not fault. In addition, I asked the Grand Jury to look into this horrifying event with an eye toward enhancing general building safety. The Grand Jury agreed to do so and has already begun its difficult work.
It is in these truly dreadful moments filled with excruciating pain and disbelief that we see the true strength, beauty, humility, and humanity that makes our community so extraordinary. As we have done in the past, we seamlessly came together to be there for one another.
I am proud to be a part of this collective family of diverse and talented individuals who work together towards a safer, healthier, and just community for all.
Stay healthy, safe and strong.
Sincerely,
State Attorney Katherine Fernandez Rundle
Click to read newsletter
Read More
admin July 30, 2021 0 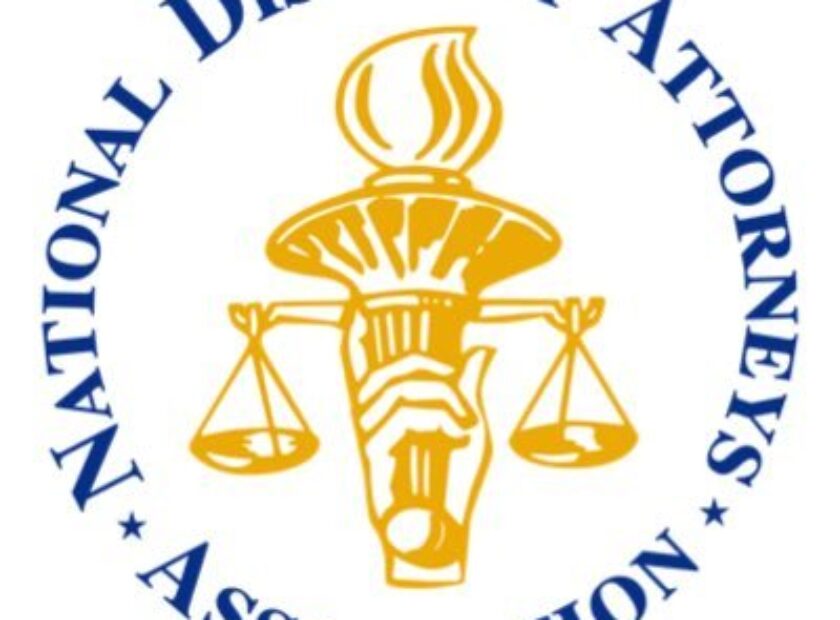 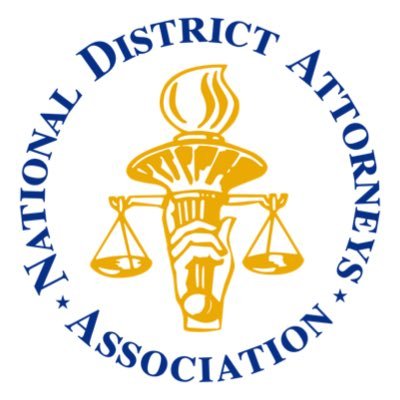 Miami has come a long way from its well-know Cocaine Cowboy and Miami Vice days during the past 30 years. As of 2019, the crime rate was down almost 70%. Unfortunately, like most major urban areas, the past year-and-a-half brought more than a virus to Miami-Dade County. During this time, the county has experienced a surge in the number of assaults and homicides.

“Excessive force can never be an acceptable foundation for the policing of any community.

I share Miami Beach Police Chief Richard Clements’ serious concerns about the level of force utilized in the arrests of Khalid Vaughn and Daltona Crudup.

Presently, I have senior members of my staff reviewing all of the actions taken during those arrests and will follow all the evidence to its full legal conclusion.”